Aaron Ross has been a force for eclecticism since his time with math rock band Hella (with Zach Hill of Deathgrips and Spencer Seim of sBACH and The Advantage), and his solo trajectory has reflected a constant drive for innovation since his first release, The Hallelujah Side in 2003. His musical path is almost schizophrenic in its complexity, uncompromising innovation, and drive to involve more nuance, layers and mystery with each successive release. But the man himself has eschewed the spotlight to some extent. Impose Magazine calls him ‘bugged out in a backwoods way […]’ and indeed his catalog vacillates in and out of the deeply organic blues-folk of the Sierra Foothills, and the very synthetic, playful and even absurd, here reminiscent of Mick Jagger, there warbling esoteric in the vein of fellow Nevada City native Joanna Newsom.

“We didn’t want to overdo it,” Graham Knibb says. “ Everyone I’ve talked to has so many memories of listening to Aaron just command whatever room he’s in with his voice and a guitar, and that’s it.” When he and Farrow and the Peach Leaves were discussing the album, back in the fall of 2019, there was a sense of sanctity around the songs, a kind of reverence. Ultimately, Swan Songs, Volume 1 is a reenvisioning of a selection of songs from Aaron Ross’s vast catalogue, viewed through the country rock lens of Nevada City band Farrow and the Peach Leaves. With Aaron Ross providing the vocals for this new album, the band’s current lineup features Graham Farrow Knibb on lead guitar and vocals, Zach Peach on drums, Leif Bonfils on Bass, Justin Peach and Keith Knibb providing additional guitar work and Hunter Jones on keyboard and pedal steel. “I don’t think Aaron would say no to anything, musically,” Zach Peach says. Peach, who was instrumental in the arrangement and production process (via Dream Cabin Sounds), was also cautious about the significance of creating the album at all. “That’s the dangerous part,” he says. “We didn’t want to tread all over some of our favorite songs and songs that really belong to our community in a way. These songs are precious. It was a lot of pulling back. But we’re happy we did it.”

Swan Songs Volume 1 (Dowd Records 2021) will complement the collection of any fan of Aaron Ross or Farrow and the Peach Leaves. It draws, with caution and deliberacy, from Aaron Ross’s vast repertoire, including favorites and deep cuts alike. Songs such as Catch a Glimpse – also a forthcoming single release and music video – drive right to the heart of Gold Country rock, with Rolling Stones vocal work and massive rock and roll thickness. Others look back to the raw blues folk of The Hallelujah Side, with thoughtful orchestration and clear musical talent. Also featured on the record are Liz Ross on backup vocals and Galen Fraser (Atlantic Folk Trio) on fiddle, and the album artwork was done by Beni Ross. 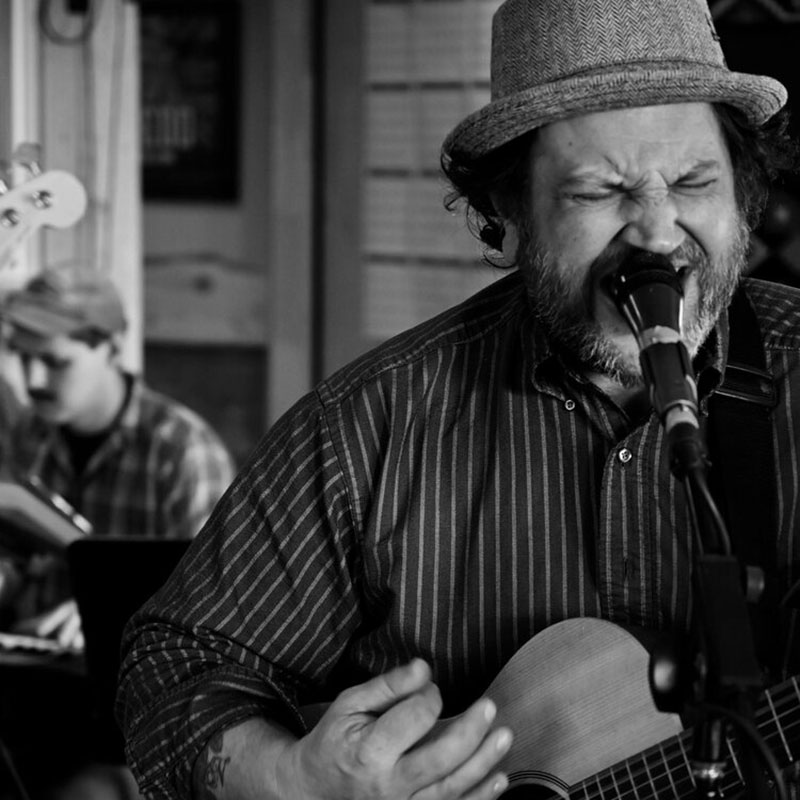