“A potent dose of classic rock and roll soul, packaging the duo’s apocalyptic anxieties in a joyous ‘70s rock pastiche.”
– Under The Radar

“Joyful in its tight embrace of ’70s rock, jangly keys and all, even though the state of things might urge you to learn towards doom and gloom”
– AltCitizen

“Good time rock & roll vibes […] While the band is pushing the rock genre forward they’re also acutely aware of the past, combining classic rock sensabilities with the dynamicism of modern garage rock.”
– MXDWN

“One of the wildest duos on the West Coast.”
– ROLLING STONE (FRANCE)

“A more mature sound, while still retaining the ’70’s-influenced rock you’ve come to know them for.”
– KEXP

“vibrates with a DIY punk ethos many artists shy away from these days,”
– NYLON

“A real son-of-a-bitch [… Acid Tongue invokes] The Rolling Stones’ sympathetic Satan and all the irresistible power and destruction that follows in his wake.”
– ALT CITIZEN

“The band demonstrates both instrumental prowess and respect for their musical heritage as the sons of psychedelic forebears.”
– ALL THINGS GO

“I’m not sure the world deserves Acid Tongue, but we have them and won’t give them back.”
– WHEN YOU MOTOR AWAY

Led by singer/songwriter Guy Keltner, & drummer/visual-artist Ian Cunningham, Acid Tongue has been touring the world and espousing a timeless rock & roll sound with a DIY mentality since 2015. The touring band features a rotating roster of musicians from around the globe; with members based in Seattle, Paris, New York, London, Mexico City, Los Angeles, & Austin—lending fresh ears to the setlist for an ever-evolving live experience. Employing nostalgic riffs lifted straight from a forgotten jukebox and razor-sharp lyrics delivered in a childish croon, Keltner has built a large catalogue of material in a short period of time.

Dismayed by their hometown of Seattle’s devolution into a squeaky-clean tech bubble,  Keltner & Cunningham formed a partnership to elevate their soul-drenched compositions beyond a suffocating local music scene. Their debut EP, I Died Dreaming (2015) garnered the attention of both the iconic radio station KEXP and a hyper-alert British audience— landing the band opening slots for the likes of King Gizzard & the Lizard Wizard, The King Khan & BBQ Show, De La Soul, and Pacific Northwest legends The Sonics.

In the years to follow, the band set their sights on the global horizon—releasing their sophomore EP Beautiful Disaster (recorded in a London basement) in 2016, a handful of singles & cassette-only releases, and Guy’s autobiographical ode to his time living in New York City: 2019’s The Night We Broke Our Lease EP (recorded at a friend’s home studio in Brooklyn).

In 2016, Keltner and Cunningham co-founded their own record label, Freakout Records, and the annual Freakout Festival (now in its seventh year) with fellow Seattle music patron, Skyler Locatelli, and in 2017, released the band’s debut LP, Babies. The album’s singles—“Humpty Dumpty” & “If I Really Loved Her”—received substantial airplay and attention from college radio, playlists, and the underground indie-rock world. Acid Tongue  continues to regularly tour across the United States, Europe, Canada, & Mexico, spreading their gospel of cynicism and emotional catharsis to an increasingly wider audience.

The band’s sophomore, full-length album Bullies was released the day the world completely changed: Friday, March 13th—and despite a global pandemic, the record still found global support from the likes of Rolling Stone France (which wrote a 5-page physical article on the band). KEXP called it “the sound of a promising band stepping into their purpose” and the album received praise from the Seattle Times, RIFF Magazine, & Sonic Boom Records as one of the Top Releases of 2020.

The songs of the EP are a soft reflection on the past year—with lyrics celebrating all of our friends finally coming back home and “Take Me To Your Leader”, written during the January 6th storming of the United States Capitol, reminding us to hope for freedom & hope for change.

Acid Tongue is currently at work on Arboretum LP out November 5th.

HAVE FUN WITH THE TONGUE. 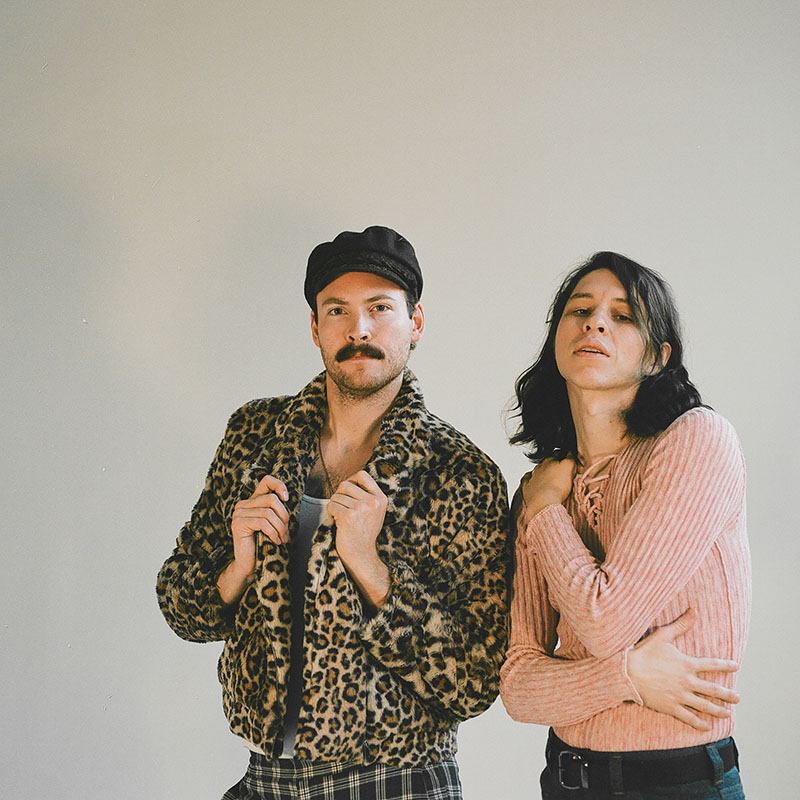