French Cassettes music is filled with winding melodies that pop up unexpectedly but grab hold and don’t let go… and may leave you asking “who needs hands with hooks like these?”

The harmony-driven power-pop quartet’s new LP, Rolodex (Sophomore LP released on Tender Loving Empire), was conceived beneath a stairwell in the band’s adopted hometown of San Francisco, where frontman Scott Huerta spent months staying up until 4 am, obsessing over elaborate demos that would eventually become his band’s sophomore album. “I adopted the mentality, which was probably unhealthy, that every song I wrote needed to be my favorite song,” he remembers. “I lost my mind so many times in the middle of the night.”

The album was self-recorded by lead guitarist Mackenzie Bunch in just about every corner of the Bay Area, and the songs that were eventually stitched together are hook-filled and rooted in pop. But they’re also layered and intricate recordings: complex vocal harmonies and counter-harmonies, Rob Mills’ inventive percussion, Thomas’ (Scott’s brother) honey-coated basslines, and every shade of clean and fuzzy guitars stacked up like an orchestra. These uncommonly majestic, esoteric pop forms serve as the perfect delivery service for Huerta’s playful and verbose lyrics, which are often presented as semi-autobiographical puzzles.

Taken together, the eight tracks and 24 minutes that make up Rolodex are an epic statement of purpose in a decidedly taut package. One that brought a band back together, more mature and more ambitious than ever. 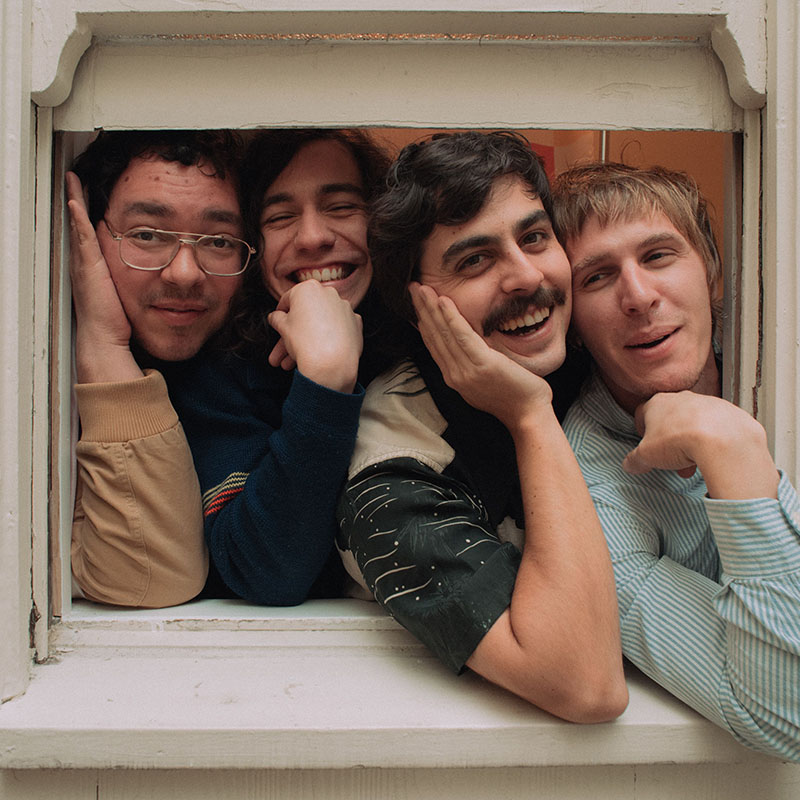