The term “road warrior” was made for Nordista Freeze. In fact, the Nashville psych-pop artist is such a prolific performer that, as of the beginning of May 2021, he boasted 516 live shows since 2016 — a rate of one every three nights for almost five years. So it’s fitting that on his latest full-length, Big Sky Pipe Dream, Freeze comes as close as he ever has to capturing his live sound on tape — literally.

Big Sky Pipe Dream is a collection of songs Freeze and his band had long kept in rotation on the road, recorded live in the studio and tracked to tape between stints on tour starting in 2018, almost a documentation of life on the road circa 2018-2021. Citing David Bryne’s influential book How Music Works and how music is sculpted to fill the space one resides in, Freeze intentionally crafted the album to “represent the sound of playing in dive bars and DIY venues.”

The new album is also a departure from the sound on Freeze’s previous outing, Cosmic Haus. A sonic love letter to the warmth of 60s pop — and especially 1966’s Beach Boys opus Pet Sounds — Big Sky Pipe Dream finds Freeze shedding some of the “outer space” sounds from Haus that led Nashville Scene to label him the “cosmic Tom Petty.” These are traded in favor of sun-drenched harmonies and perfect pop nuggets of tracks like “First Time,” a song NPR called “an unseasonably pleasant spring Saturday in song form.”

An artist who always seeks to keep experimentation and agility at the forefront, Freeze wrote Big Sky Pipe Dream seeking to make a departure from the “heavy and conceptual” sound of his previous offering. “Somebody told me this David Bowie quote, ‘Walk on the beach toward the ocean ‘til your feet can barely hit the ground and that’s where you have to live as an artist,’” he says. “You think in those moments, ‘Soon it’ll make sense and I will be comfortable!’ But you’re not working toward comfortability, you’re working to float.”

And float this record does, from the breezy organ chords of “Wysteria” to the Wilco-inflected twang of “Slow It Down,” buoyed from start to finish by the energy and earnestness of the musicians’ joy in music-making. Other tracks on the LP are more energetic, but no less convincing. Take, for example, the single “Leaving Me,” which features bouncy guitar that triumphantly overcomes the heartbreak that the song wrestles with. Make no mistake: Big Sky Pipe strikes a balance between sonic range and cohesion usually found in the work of artists that are many years Freeze’s senior.

Aside from the infectious songs that comprise Big Sky Pipe Dream, Freeze’s insistence on being an active participant of the Nashville music community is another factor that continues to generate goodwill among his peers. From his recent victory as champion of Lightning 100’s coveted Music City Mayhem contest to collaborations and associations with major label artists like Arlie, Briston Maroney, and The Voice winner Chloe MK, Freeze likens himself to Harry Nillson, another musical hero of his that was known for his tenacious work ethic.

Beyond his own performances, Freeze plays an instrumental role in booking events that have become part of recent Nashville indie lore. From Space Prom (an event that boasts Freeze as a headliner with very special guests complete with with groovy ambiance) to FreezeFest (another local festival that often features frequent tourmates and fellow Nashville indie rock band Future Crib), Freeze considers himself to be an ambassador of the scene, showcasing other local talent as well as curating a righteously good time for both bands and audiences alike.

This approach to organizing events in the service of others is consistent with Freeze’s philosophy that the output and fan engagement and goodwill should not be expected without hardwork and dedication. “If I were asked to give a TED Talk, it would be about how to build an audience from the ground up,” Freeze says. “My whole perspective is that you can grow a fanbase from playing almost anywhere — whether that be a house show or an empty gas station. It all matters.”

This past year was hard on Nordista Freeze; how could it not have been, for a guy who feels a near-spiritual call to the road and the stage? Listening to Big Sky Pipe Dream, it’s apparent what a pleasure and a refuge these live recording sessions in the studio were for Freeze and his band. And, as the world opens back up again, finally, this record is the perfect soundtrack as we all feel the joy of being back out in it again. 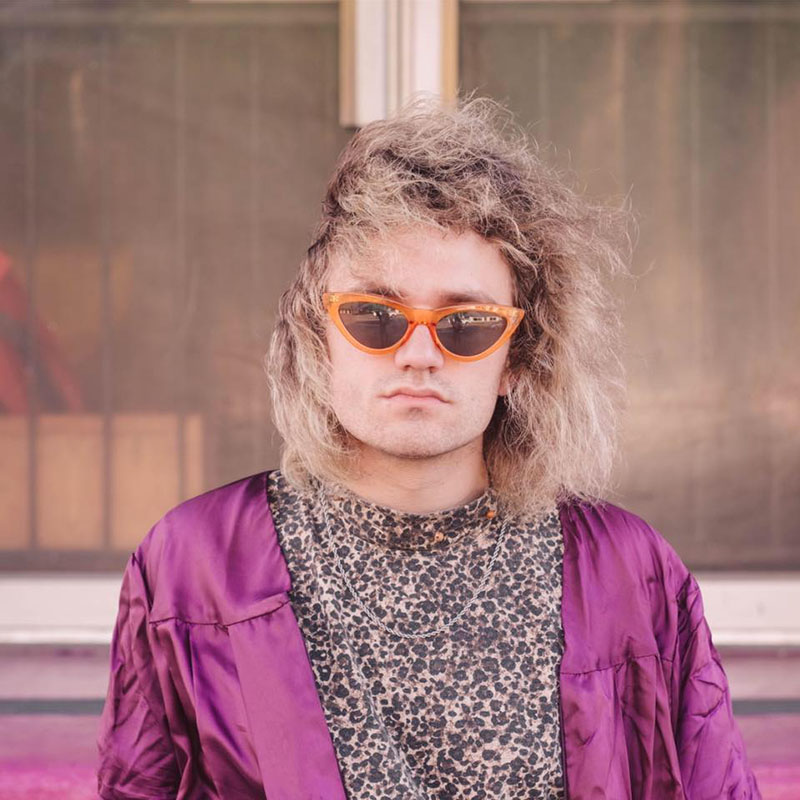