Stevie Redstone’s never been one to slow things down, but taking a break from the road proved to be just what the hard-touring L.A. songwriter needed. The change of pace offered a chance to recharge and reflect, to experiment and explore, and it resulted in the creative windfall that led him to his spectacular debut, ‘Shot In The Dark.’ Recorded at Los Angeles’ Valentine Studios with producer Nic Jodoin (BlackRebel Motorcycle Club, Allah-Las), the album is an infectious slice of vintage gold, a retro-tinged collection that feels both classic and modern at once as it draws on everything from Motown and Stax to Britpop and Laurel Canyon. Redstone’s songs burst with larger-than-life horns, cinematic strings, and wall-of-sound production, tipping their cap to George Martin and Phil Spector in their outsized ambition while still managing to remain profoundly dynamic and intimate.

“I’ve always been a sucker for the big swooning harmonies and orchestral instrumentation of stuff from the 60’s and 70’s,” explains Redstone. “I think I just intuitively preferred music from that era because it was made by human beings and not computers. It was all about the raw performance.” Redstone’s passion for raw performance has guided him from the start. His earliest childhood memories involve singing for family and friends, and by the time he was in middle school, he was writing and performing his own original material. In college, he launched his first band, Redstone Hall, which recorded an EP with producer Dave Cobb (now a household name for his GRAMMY-winning studio work with Chris Stapleton and Jason Isbell) and played together for nearly a decade before splitting up.

“It was scary to leave that group because when you’re in a band for a long time, you become like a group of soldiers together,” says Redstone. “You get used to the camaraderie and the support system. But at the same time, I needed to move at my own pace and keep pushing myself, and I believed in my music enough to take the leap to become a solo artist.”

Following his departure from the band, Redstone teamed back up with Cobb to record an album under the name Steven Roth. The collection (one of Cobb’s first sessions in Nashville) earned rave reviews and helped Redstone land some seriously high profile gigs, including dates with The Who at the Staples Center in L.A. and the Theater at Madison Square Garden in New York, where Elvis Costello also joined the bill.

“To be asked to open up for [The Who] was quite a thrill,” Redstone said in an interview at the time. “You work your whole life for something, and then it happens, and it’s sort of tough to describe…It’s like how do you describe jumping out of a plane and falling towards the Earth? Pure adrenaline and joy.”

As exciting as it was to strike out on his own and perform with rock royalty, Redstone was still hunting for something deeper, something more personal and powerful, so, for the first time in years, he cleared his calendar and forced himself to confront the big questions in his life: Who was he? Where was he headed? What did he truly want?

“Taking a break from touring to focus on writing really changed everything for me,” Redstone explains. “It was like this creative rebirth.”

With rebirth came a rechristening to his current moniker (Stevie Redstone is a play on the translation of his legal name) and a new, more collaborative approach to his music. Redstone began teaming up with writers he met in Nashville and LA for more than half a year of intensive sessions, pursuing a sound inspired by those raw recordings from the 60’s and 70’s that piqued his imagination and inspired his artistic spirit since childhood. While the resulting songs certainly owe a deep debt to those decades, they’re ultimately timeless, the work of an artist unafraid to follow his muse wherever it may lead.

“I’ve never been very tuned into current trends, and I’m not particularly interested in what’s popular at any given moment,” Redstone explains. “All I care about is finding a way to express myself and create something that I’m proud of.”

The record opens with the epic sweep of “Shot In The Dark,” a densely orchestrated earworm all about taking chances and going after the things you want in life. Hints of The Ronettes and The Beach Boys permeate the tune, with Redstone’s velvety voice carving straight through solid walls of strings and horns. The driving “Dance In The Rain” finds the silver lining in hard times, while “The Real Me” celebrates the deep bonds of lifelong friendship with tender piano and a soaring orchestra, and the joyful “Surrender” channels old-school Detroit soul as it gives in to the inevitability of love.

“I got married last year, and during the time I was writing this album, we were in that last stretch of being boyfriend/girlfriend,” explains Redstone. “I was working up the courage to take the next step and falling deeper in love with her the whole time.”

Though much of the record is drawn from personal experience, Redstone also looks outward here, tackling both cultural and political issues with subtlety and nuance. The George Harrison-esque “Now” combats the modern world’s constant barrage of negativity with a relentless optimism, while “Shots Fired” recalls ‘Let It Bleed’ era Stones as it castigates America’s epidemic of gun violence, and the unforgettable album closer “Rivers In The Sky” was born from the southern California drought. No matter the topic, Redstone ties it all together with passionate, explosive performances tracked live in the studio and straight to tape.

“As proud as I am of the record, I’m even more proud of the way these songs will be performed onstage,” Redstone says. “The shows I play are very high energy, totally rocking and rolling and danceable, but they’re also really improvisational. I like to open the songs up and let the band jam in a way that makes each concert totally different and unique.”

Redstone may have needed to leave the touring life behind in order to make this album, but the road is now clearly calling to him once more, and with ‘Shot in the Dark,’ he’s ready to answer. 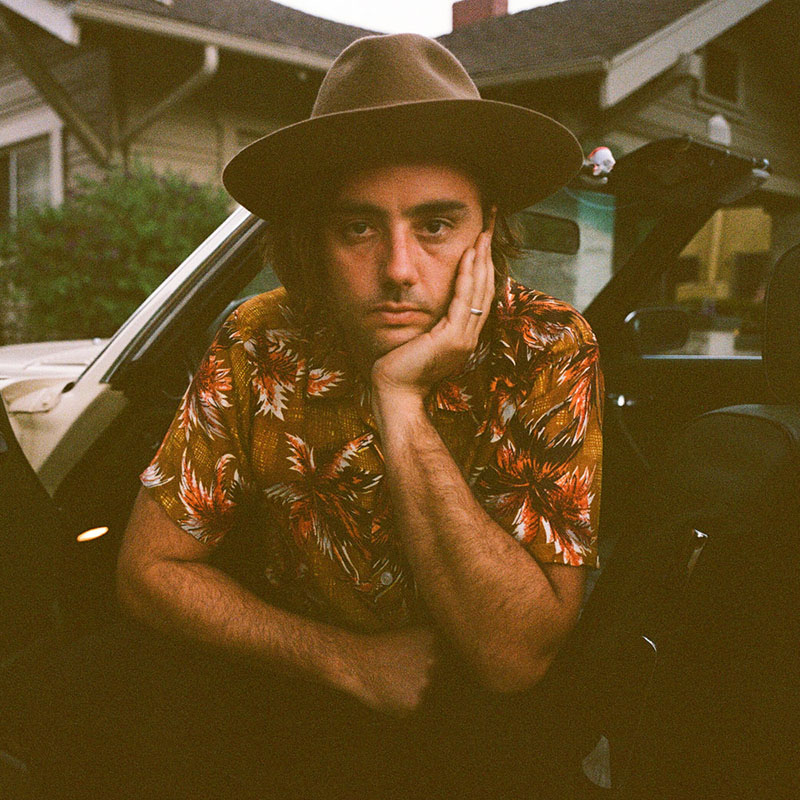