Cheers to the years! A spirit of exploration, of love and unity – a musical philosophy Los Angeles quartet The Bash Dogs keep alive with their surf disco, but also their pure devotion to the art form. After cementing their status as the hosts of the grooviest party in town, The Bash Dogs are gearing up to release their debut album. With a new member, a new vibe, and new songs made to get people moving and grooving all night long, the next chapter of the Dogs starts now.

As the Dogs’ realized their talents could expand far more than just 12 bar blues and guitar solos, they decided to develop something new. Coming from the city where surf/garage/psych bands are never in short supply, the last few months had felt repetitive and stale, like the band was idling. Trying on some dance-floor rhythms and sugary bass lines more influenced by classic funk and disco, their sound transformed. With the spark of this newfound energy and the space to push their songwriting and playing to new levels, Surf Disco was born.

As you can taste bits and pieces of the classic and memorable rock n’ roll sound the Dogs grew up on, this newborn fusion they have created is guaranteed to get you off your feet and it is reflected in the sophisticated groove changes and experimental structure of 2020 single, “Dog Days”—funk guitar and buttery vocals pointing to a refined, more mature sound that the Dogs are ready to further unveil. As soon as the unmistakable groove and the synth waves hit you, there’s no denying it’s slicker, it’s glossier, and it’s the perfect soundtrack for “boogie nights and disco parties.”

Currently, The Bash Dogs are making moves for 2021, recording their first ever full length album, and adapting to this NEW music industry because of a little something called a PANDEMIC. 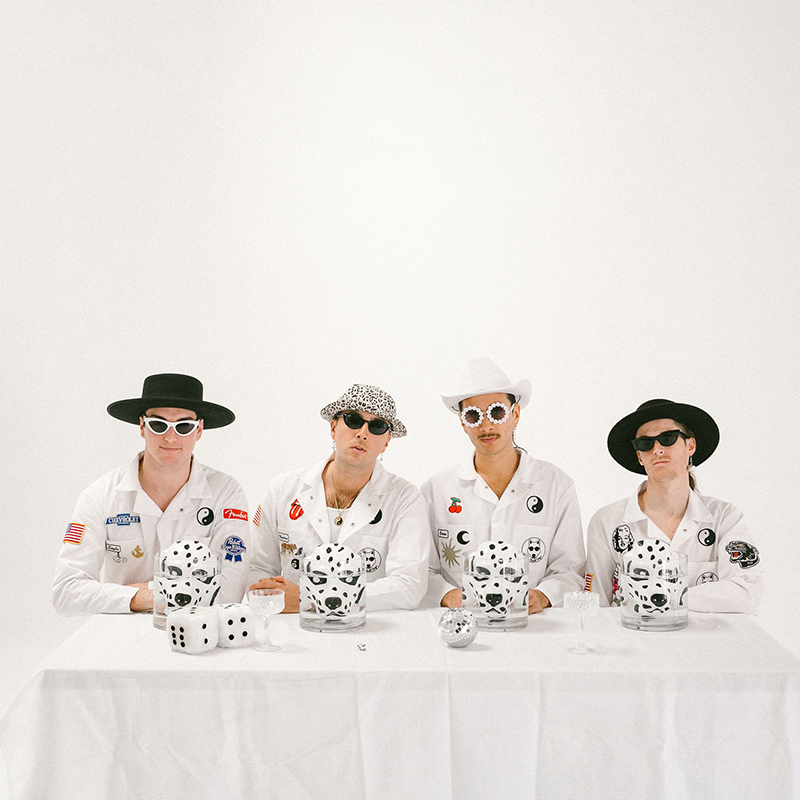