Peter Frauenfelder, Andrew Kerwin and Steve Kerwin formed “Rockin’ Chair” in 2000 in the Richmond District of San Francisco. The named changed to “Trainwreck Riders” in 2002. The band has seen several bass players. Shawn “Boof” Wyman joined in 2008 as the permanent bassist. They have three full length albums under the name “Trainwreck Riders.”

The members of Trainwreck Riders have been spreading their punk-tinged country rock like barbecue fire through the back yards, train stations, parks and warehouses of San Francisco since they became a band in the early aughts. In The Perch, the follow-up to their 2006 debut, Lonely Road Revival, these city boys may avoid the straightforward twang and honky-tonk of traditional country, but that doesn’t make them shy about raiding its barn. -Jenna Humphrey / Prefix Mag 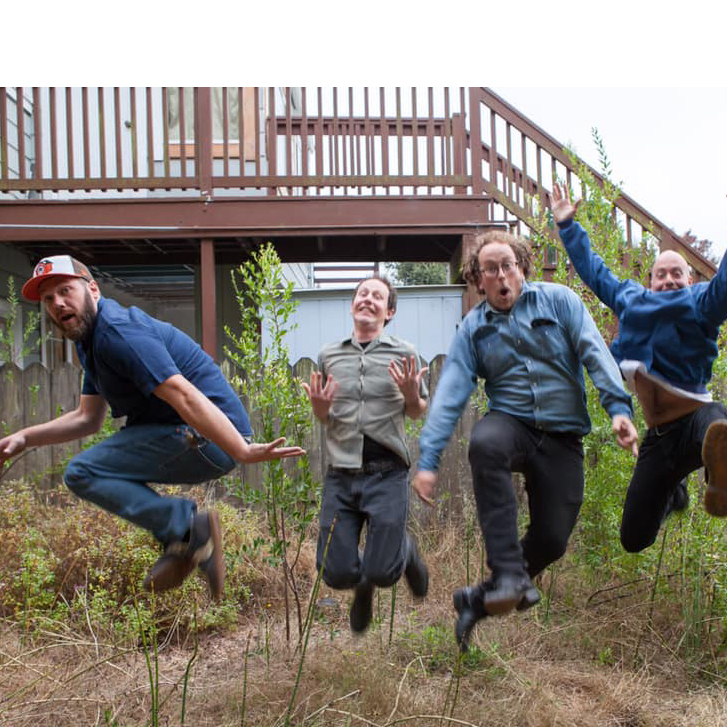