Steeped in obscurity, a cult following of crate-diggers and musical oddity collectors has been brewing over the mysterious releases of the Whatitdo Archive Group. Surfacing in 2009 from the high deserts of Reno, NV, USA, this recording collective focuses solely on curating, performing and preserving esoteric soundtrack, library and deep-groove collections. The personnel of the group consist of three musicians; each of them avid composers, recording engineers and obsessive record collectors. Alexander Korostinsky, Mark Sexton and Aaron Chiazza met in college and have been working together on producing music for over 10 years. (Both Korostinsky and Sexton also happen to write and perform in critically-acclaimed soul group “The Sextones”). In 2015 they quietly released a small batch of lo-fi deep-groove demos recorded exclusively to cassette in an old garage. This became their first full length offering, Shit’s Dope, and it began to quickly spread across the internet piquing the interest of record collectors and DJs all over the world—a record Fleamarket Funk describes as “Falling in between some Headhunters and Lunar Funk 45s” and becoming a bestseller on Bandcamp of that year.

During this time, the Whatitdo Archive Group also began what is often hailed as a vital turning point in Reno music history; by hosting their famous “WhatitdoWednesday” residency at a local venue. These packed performances drew the attention of not only live music-goers, but also the most accomplished jazz musicians in the area, often joining them on stage. Eventually, these shows stumbled into the arena of obscure performance art, where the band would facetiously distribute written and multiple choice tests during their performance for the audience to participate in.

After their residency came to a bittersweet end, the Whatitdo Archive Group refocused their attention on the wonderful world of 1970’s soul-jazz, where they wrote and recorded what would be their follow up 7” release, Crocker Way / Steve’s Romp. This limited edition 45RPM became a hot ticket item for UK record collectors who had been previous fans of WAG’s older lo-fi work. Crocker Way was also a featured track on BBC Radio 6. Shortly after producing Crocker Way / Steve’s Romp, the group again started production on their crown jewel of a record, a concept album that had been tossed around for several years beforehand but never executed. As band member Mark Sexton explains “We wanted to create an album that encompassed everything we love and admire about old Italian soundtrack scores, and bring that energy back into the spotlight”. The group spent 9 months of research, digging through their personal collections of dusty LP’s scrutinizing the work of Piccioni, Torossi, Roubaix, Alessandroni and of course Morricone, recording, mixing and working with over 24 skilled musicians. The Whatitdo Archive Group finally completed what would be their finest work to date, The Black Stone Affair. Recorded entirely in Korostinsky’s home studio, this record is a labor of love, dedication, appreciation and respect for the golden age of Italian Soundtrack and Library music.

“With the fascinating album, The Black Stone Affair, three American guys precisely reconstruct the style, sound and Italian touch of composers in 60s and 70s” – Billboard Italia
There’s an authenticity and attention to detail which makes the record a must-have for lovers of the 1967-74 golden age of soundtracks” – Shindig!
“A labour of love”- Mojo Magazine
“A big bowl of pastiche in which an ultra-cool era of music is recreated with loving authenticity” – The Times UK
Facebook Instagram Spotify Link 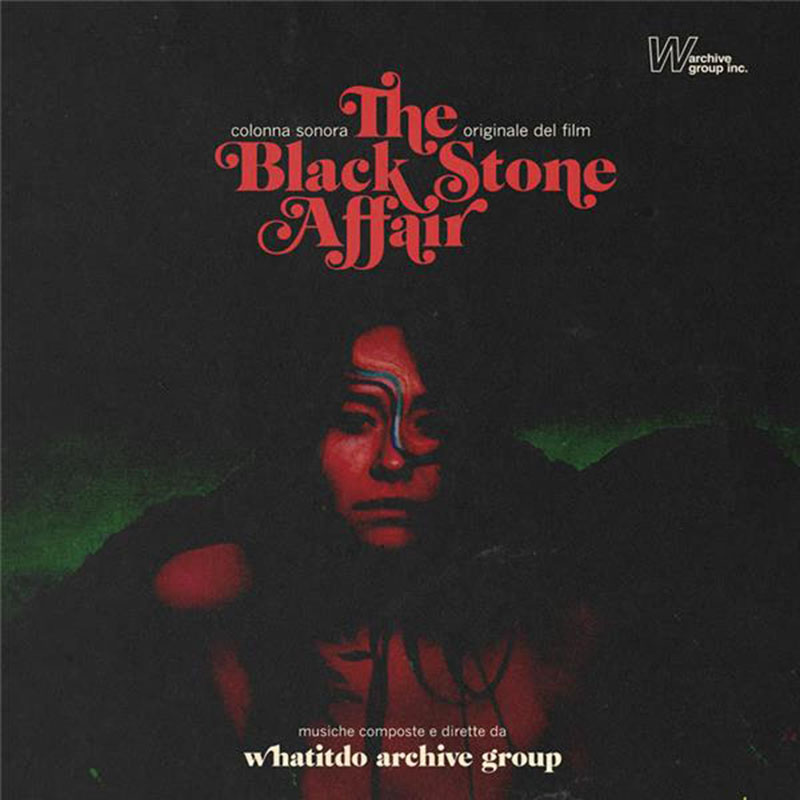